REVIEW: On Fire: A Teen Wolf Novel by Nancy Holder 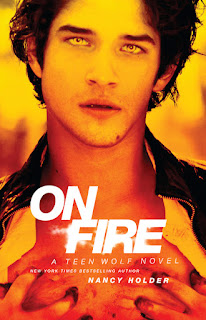 Based on the hit MTV series Teen Wolf—a teenage boy’s life changes forever after he’s bitten by a werewolf.

Scott was just a regular guy until one bite changed his life. Now he struggles to understand who he is and what he might become. Is he more wolf than human—or is it the other way around? Whichever it is, it’s not going to be easy. Scott tries to control his urges, but mostly he’s scared that it’s his urges that could end up controlling him. On Fire is the story of what happens when you to walk the line between what you want and what you can’t help from wanting. Will the bite end up being a gift? Or will it be a curse? And what will it all mean for Scott’s relationship with Allison—the girl he can’t get enough of? Only time will tell if he should embrace his newfound powers, or if he should fear them.


I was a little surprised when I first found out there was going to be a Teen Wolf book. As a gigantic fan of the show I was both excited and weary. Sometimes tie-in novels aren't exactly... good. The general issue with them, I find, is lack of proper characterization, poor plots, whacky ideas and a whole bunch of other things. Sometimes with these things it's like the author only half-watched the show and just wanted a nice paycheck. Then I saw that this was going to be written by Nancy Holder. I remember her from my Buffy and Angel days. I absolutely loved her 3 book Buffy/Angel series called Unseen.

I'll start off with things I liked about the book. Nancy's characterization was spot-on. She got Scott - if you haven't watched the show he's the main character/protagonist shall we say - right on the money; a little naive, completely in love, coming into his own, caring and strong. She even got Stiles spot on, and he is a hard character to put to print because he's so animated on screen. I was really worried how that was going to turn out because Stiles is my favorite character but he just seems that he would be so hard to write because of all his mannerisms and eccentricities, but Nancy managed to do so wonderfully.

We got a look at every character we had met up until the point it takes place in the show in the novel. There are blurbs of the Argents, Danny, Stiles, Lydia, etc. I thought it gave us a good, rounded out look at how everyone was feeling about the events of the book; the sudden disappearance of Jackson. He goes missing and all that there is to say where he's headed is a vague note that Lydia found. Up until about a little over halfway, the story revolves around everyone trying to find Jackson, which makes sense.

But then, suddenly, we are hit with Derek Hale flashbacks. At first I was really enjoying them because I thought it gave a nice look into his past, something we haven't been able to see in the show thus far. We know he lost his family in the fire, we know that only he and his sister Laura survived. The audience just hasn't really been shown much of Derek's past. Laura was even featured in the flashbacks and she was never shown in the show at all, save for a ten second bit right before she was killed. I really loved that. Then I felt the flashbacks started to take away from the general story of the book. They started to feel long winded, drawn out and it was easy to forget what else was happening in the book because there was just so much of the flashbacks. However, I will still say that I like them, there just could have been a little less of them.

I really loved how Nancy was able to throw small things in about character's lives and their pasts. In the show we never see Scott's dad; we don't even know much about him, just that him and Scott's mom are divorced. We see him for a moment in the book and I think Nancy's take on him was a realistic one. We also know little of Stiles's mother. All that the audience knows is that she is dead. How, why and when is unknown. There have only ever been two mentions of her in the entire show so far (once alluding to Stiles's panic attacks after she died and another when his father mentioned that he missed her) but in the book I was hit by Stiles's sudden reminiscing of her by such a simple thing that was going on. It was realistic that anything and everything would remind him of the mother he lost too soon. I also thought it was very creative and realistic of how the author thinks she might have passed away.

All in all, I really enjoyed the book. I truly believe that this has a little bit of everything for all of the fans of the show. It was action packed, well written and something fans should be proud of. Nancy must be a fan of the show herself because everything was just really fantastically done. I really hope she writes more Teen Wolf novels. I know I will definitely read them.

Email ThisBlogThis!Share to TwitterShare to FacebookShare to Pinterest
Labels: on fire: a teen wolf novel, review 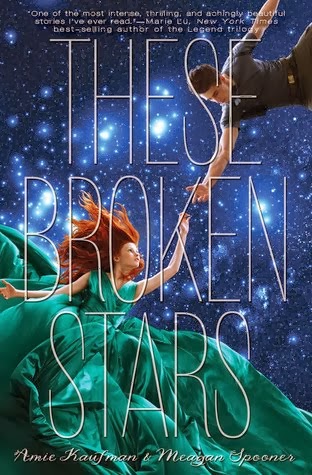